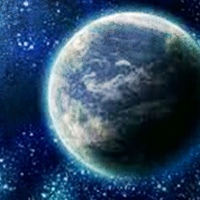 The world create upon our acceptance… every moment we accept thing and that is causing to create the world. We accept the Earth is my world. How on earth it becomes an acceptance? It’s the reality right? Let’s find out… Just be open minded and understand what is trying to say!

The way we accept

Why you believe that you are in the planet earth? Well if someone asked this question from me, my answer would be something like this; "It is my faith… I have a faith on the scientist & astronomers so I believe what they say to me". Why my answer is like that?

Think for a moment have you ever seen the planet earth to your own eyes? At least like we see the sun & moon can we see our own planet? Well I know that I can't… may be it is different for you or maybe not… so all I see was some pictures sent by the scientist and astronomers who claimed that they visit out of the planet and observe it and took some pictures and here are the data with pictures. So I believe them…  I believe in a form for the eyes.  I am believing in facts…

I believe that I'm living in such a planet call “earth” and it has 70% of water and 30% of earth and well balanced air which suitable to live various kind of beings etc… etc… so aren't all these are just data? Just facts?

I only happen to observe some pictures, sometimes some videos of planet and I accept it through the data… even though it is like watching a movie we don't accept the movie is real coz we believe that the people in that video are acting… and our previous data is saying that it is just a movie.

What is the different of a movie and this kind of situation?  It is just a matter of our own belief.  The way we accept it!

As long as we believe that we lives in a planet which is round, which has 70% of water, which has 30% of earth, etc… it is becoming the reality for us!

But aren't we just living in a world of imagination?

Don't worry; you might think I'm crazy.  But as long as your mind is open enough to understand what am I trying to explain you will get a chance to be surprise with your own world.  It is just that do not come to a conclusion without reading the whole section categorize under the main topics.

Next page
Power of imaginations