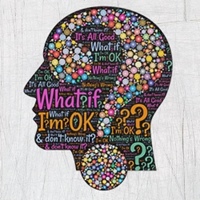 Let’s go back to the time of Lord Samma Sambuddha lived. On that time people, doesn’t even care about how great he is or how important it is to have him around… or how wise he is… or how wonderful what he share as his teachings.

What you trying to learn?

Because on that time it wasn’t a teaching… on that time there wasn’t actually something named BUDDHISM.  Samma Sambuddha doesn’t call everyone and say… “hay, come on, I am teaching Buddhism which you should know that guaranteed happiness… be an enlighten one… come achieve this level … come sit with me do some meditation... do as I say… follow me…” etc… etc. like we discussed in earlier page Lord Buddha used the term “Friend” not the “Teacher”.

Do you get what I mean?  Because this is what you mostly get with present time as Buddhism.

So, let’s think about what happen on Samma Sambuddha’s time… in that time there were people like you & me… have some common problem… family issues… stress problems… some questions on what they already believe as a religion… basically something they want to get answered…

So, they heard about someone call Buddha… and they just checked it out with him… and guess what… most of them ended up being finding a solution to their problem… So, they pleased and express their excitement...   Just simple as that!

Their questions… their very own problem drives them to him.  Actually, not to him… but to the answer… They DID NOT go to Lord Buddha to learn Buddhism.  They DID NOT went to learn Meditation…

All these terms added later for the purpose of records only… now what we do is learn those terms and conditions and rules and everything else… and forcing ourselves to adopt them so we can become a Buddhist.

We actually are forcing ourselves to become someone else.

This is totally wrong… this is why it’s all messed up in these days… everyone is trying to teach something or force something which they believe as the Buddhism… and eventually both parties end up of getting far far away from the pure essence of Buddhism!

So, what we should understand here is having your own problem is highly important to touch the essence of Buddhism.

Previous page
If the reason is to study!

Next page
Idea is to become Religious?